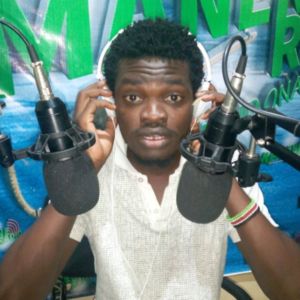 he has worked in various capacities in the media and youth organisations from 2006 right after high school, all the way through campus to his current position?

he also worked in Lake Victoria TV as Program producer, chief editor, cameraman and presenter before joining LTN (Lolwe Television Network), a pioneer Luo Television as Program producer and Program Director. he later become chief Editor. Working with LTN, he Was privileged to be part of a small but creative team that really does a great job in putting LTN on the map. Being the head of the production team he really gained so many skills as working with a small team you sometimes do different roles like sound recording, programming, which has really got him all rounded. More so interpersonal communication as he handle different people to make the production a success. Directing his productions has really improved his creativity, and the way he can involve all to make his production the best.

This broadcaster is not presenting at any time
MENU