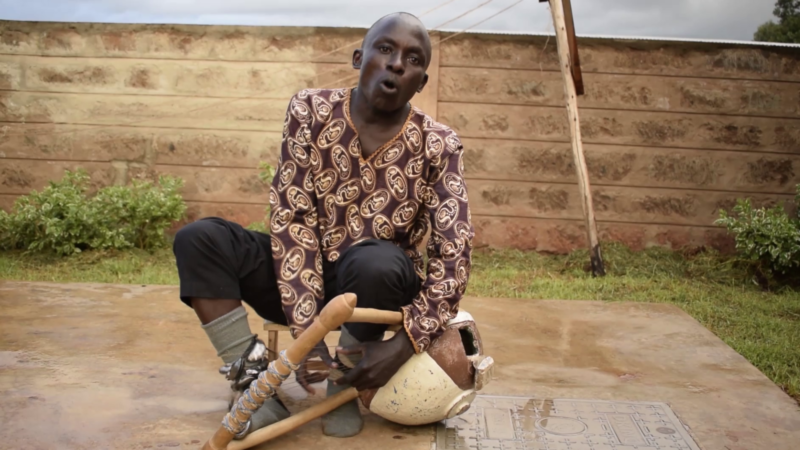 Nyatiti is a five to eight-stringed plucked bowl yoke lute from Kenya. It is a classical instrument played by the Luo people of Western Kenya, specifically in the Siaya region south of Kisumu. It is about two to three feet long with a bowl-shaped, carved wood resonator covered in cow skin. Historically, strings were fashioned from cattle tendons, but modern players almost exclusively use nylon and plastic fishing line of various sizes, a move which changed the sound of the nyatiti drastically. we met Gabriel Odhiambo Oduor, a nyatiti player. Gabriel is from Siaya county Ugenya sub- loctaion, he tells he inherited playing Nyatiti from his grandfather who is also a Nyatiti player. He started playing Nyatiti while still in school and later on aftre completion of his o'levels educatio, he moved to Nairobi and joined different groups that plays Nyatiti and finally settled with the Kenge Kenge band in 2005. Gabriel elaborates that by playing Nyatiti he has travelled all over the world and gained exposure that has helped him achieve greater recognition and also support his family.